In 1944 Archbishop Vehr of the Archdiocese of Denver sent the adventurous pioneer priest, Thomas Barry, an Irish immigrant, to the vast, mostly ranching area that extended from the top of Berthoud Pass to the top of Rabbit Ears Pass, and from Green Mountain Dam to the Colorado/Wyoming border.

Fr. Barry’s ingenuity and wit empowered him to coax and cajole the parishioners of Grand and Jackson Counties to work with great effort toward creating the parish of St. Peter Catholic Church and missions.

The east Grand County churches became the current parish of St. Anne; with its missions of St. Bernard of Montjoux, and Our Lady of the Snow.

Before Father Barry arrived it was difficult for the area Catholics to attend Mass on a regular, year-round basis, due to a lack of priests and the vastness of the territory.

St. Anne Church in Grand Lake became a mission of St. Peter parish on June 28, 1944.  This Grand Lake church began as a chapel on the O’Fallon property (across the Colorado River). Then in 1945 the Church was moved to its current location on Hancock Street.  After the church was renovated, it was dedicated by Archbishop Vehr on June 26, 1952.  With the building of the new (and current) church, came another dedication by Archbishop Vehr on June 26, 1958. From 1944 until 1980, Catholics who lived in Fraser Valley mostly attended Mass at the Jesuit retreat area known as Maryvale, located on the land given to them by the Cozens’ Family.  (insert image) The Jesuits served the Catholic community in town.  Before 1990, Mass was celebrated at Cozen’s ranch home, then in a cinema for 10 years (affectionately know as “Our Lady of the Cinema”).  Eventually the Jesuits gave a few acres of the Maryvale property to the Archdiocese of Denver. Then archdiocesan priests began to be the primary ministers to the Fraser community.  On April 18, 1983, Archbishop James Casey gave Fr. Philip Meredith permission to call the Catholic community of this valley St. Bernard of Montjoux parish.  The dining hall of the retreat site was converted into the current church which was dedicated on August 19, 1990.

Following a severe blizzard in April 1951, Father Barry thought it was too difficult for Catholics to drive from the Hot Sulphur Springs and Granby areas to Grand Lake for Mass.  By the next winter he opened Our Lady of the Snow Mission at the Chuck Wagon Restaurant in Granby.  In the late 1960’s, the Granby area Catholics began renting St. John Episcopal Church for Masses.  As the Granby mission grew, the Episcopalian church soon became too small.  In the late 1990’s a couple approached, now-Monsignor Thomas Barry, with a plan to build a new Church for Our Lady of the Snow on the property that parishioners had purchased in 1987.

On June 4, 2000, this dream was realized as 600 people attended the dedication Mass in the beautiful copper-top stone building.  The new church also houses the parish office and the Monsignor Thomas Barry parish hall.

Over time, the make-up of the churches of Grand and Jackson Counties have changed.  In 1987 the Archdiocese of Denver created St. Anne and Mission Churches.  Thus, St. Bernard and Our Lady of the Snow became missions to St. Anne.  St. Peter and its’ mission St. Ignatius in Walden had its own pastor until June 2007. Then the pastor from Summit County became an administrator of these two churches.  Then the pastor of St. Anne and its missions is the only resident priest in Grand County. Currently and the Pastor and a parochial vicar serve both Jackson and Grand Counties.

Here are some photos from over the years: 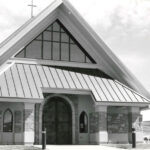 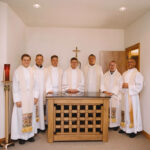 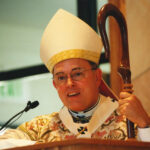 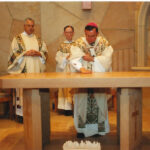 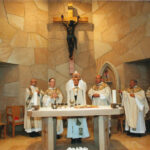 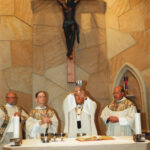 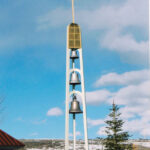 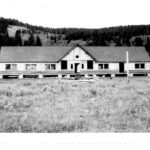 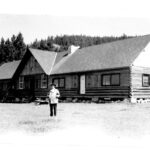 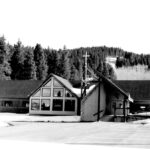 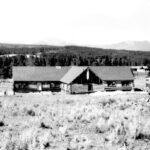 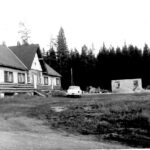 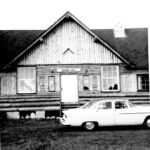 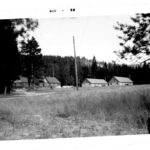 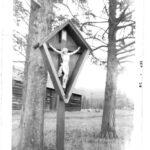 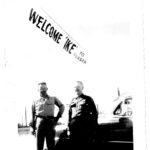 Did Ike go to Mass? 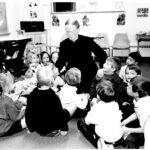 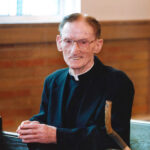 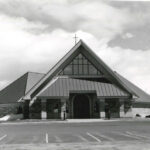 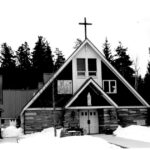 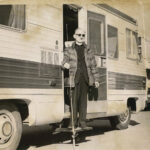 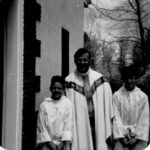 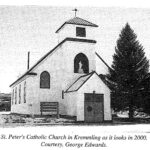 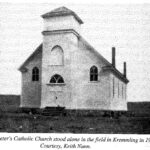 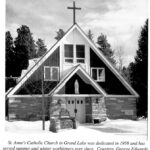 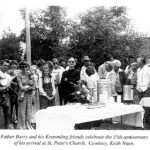